The Dangers Of Mixing Alcohol With Opioids 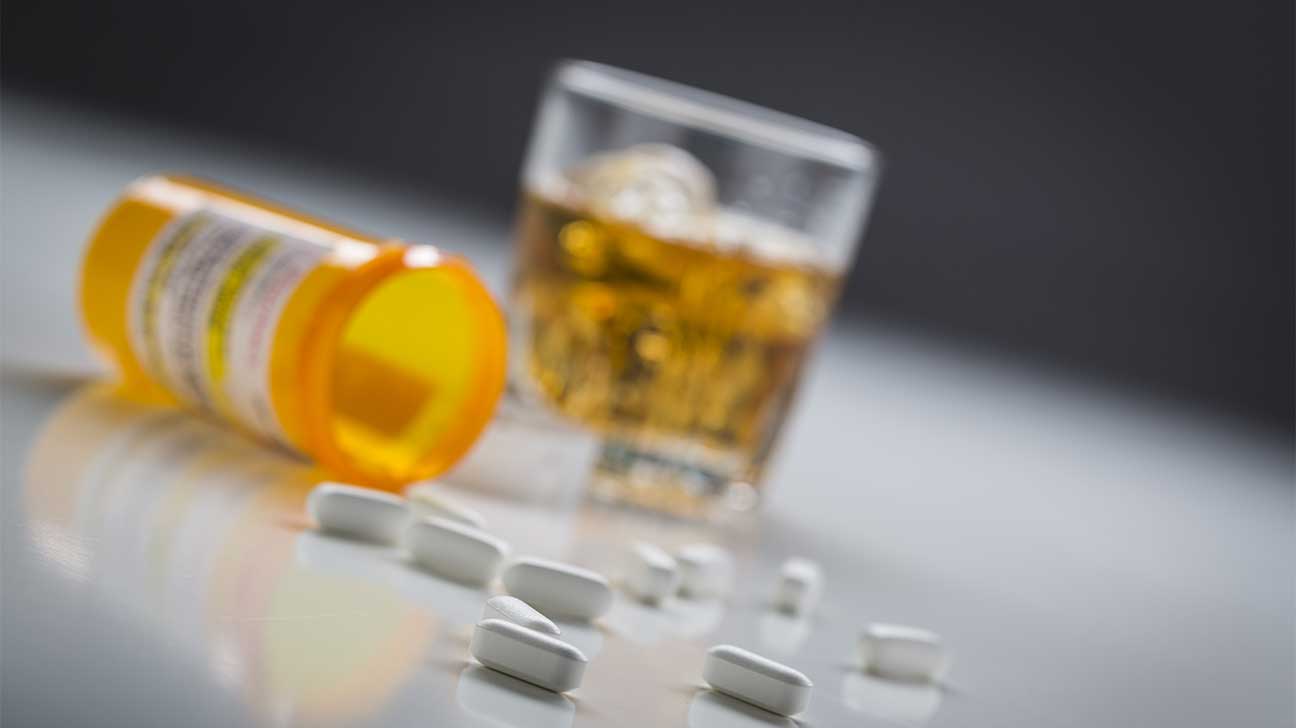 According to the National Institute on Alcohol Abuse and Alcoholism (NIAAA), 13% of the U.S. population engages in binge drinking at least once in their lives. Most people who drink alcohol regularly also take medications, either for a chronic condition or for occasional use. All medications have the potential to interact adversely with the alcohol. The combination can sometimes be fatal, depending on the amount of alcohol consumed and the type of medication taken.

Alcohol alone can damage the body, especially when abused for an extended period of time. Opioid medications have their own set of dangers, accounting for many overdose deaths and a huge opioid epidemic. Alcohol, when taken with opioid medications, is not recommended because the sedative effects of the alcohol combined with the opioids can cause serious side effects.

Acute or light alcohol consumption stimulates the release of opioid peptides in brain regions that are associated with reward and reinforcement and that partially control the reinforcing effects of ethanol (alcohol). Both alcohol and opioids have their own set of interactions and effects in the brain and in body. Mixing them together is dangerous and can lead to life threatening outcomes.

The Effects Of Alcohol

Alcohol (after orally ingested) first enters the stomach and small intestine, where it is then carried to the bloodstream by the blood vessels. Alcohol crosses the blood-brain barrier and the initial euphoria (“alcohol high”) is due to dopamine, a neurotransmitter, released in the brain’s reward-reinforcement pathways. The rate at which alcohol leaves the body depends on the concentration of alcohol in the body.

Blood Alcohol Concentration (BAC) registers according to three factors: the amount of alcohol consumed, the presence or absence of food in the stomach, and the rate of alcohol oxidation. The higher the concentration of alcohol, the faster the absorption rate. In other words, the more alcohol in your system, the harder your body works to get rid of it to prevent alcohol poisoning. Having opioids in your system may slow down this process.

Alcohol overdose may occur when a high concentration of alcohol is consumed in a short period time. If alcohol is consumed consistently for an extended length of time, the liver may become saturated and this may impact the speed of elimination. In general, ethanol alcohol is a foreign, toxic substance and the body will naturally want to reject it. Because alcohol is a depressant, adding opioid medications to the mix suppresses the central nervous system functioning even more.

Multiple organ systems, such as the stomach and immune system, interact with the liver cells so alcohol metabolism varies according to the resiliency or lack of resiliency in each person’s physiology. Previous or concurrent drug use may result in liver damage causing liver function to decrease and alcohol elimination to slow down. Drugs will slow the alcohol metabolism rate. Extreme binge drinking is more common among people who use other drugs.

Advanced liver disease will decrease the rate of ethanol metabolism. Diabetes may also slow down the alcohol oxidation process, as the kidneys are weak. Hepatitis C, a condition where the liver is attacked, occurs in some intravenous drug users and may lead to liver cancer or cirrhosis. Heroin users who consume alcohol increase the risk of contracting Hepatitis C. Alcohol processes differently in those who have health conditions. The organs are basically doing double duty trying to eliminate all the harmful chemicals from the body. Certain personal traits may also affect alcohol metabolism.

Individual factors that affect alcohol metabolism may include the following:

The Effects Of Opioids

Opioids attach to opioid receptors in the brain and produce feelings of euphoria. One of the main regions effected by opioids is the mesolimbic reward center. This system stimulates the release of dopamine, a neurotransmitter responsible for experiencing pleasure. When dopamine is released, other areas of the brain react creating an imprint in the brain, associating it with the pleasurable circumstances in which it occurs.

Prescription opioids bind to three types of opioid receptors: mu, delta, and kappa. Each of these three receptors has a different function. For example, mu receptors are responsible for opioids’ pleasurable effects and pain reduction. Opioids produce changes in the brain that may cause a user to transition from occasional use to full-blown addiction.

Around 54 million people have reported non-medical (recreational) use of prescription opioid drugs. Prescription drugs cause changes in brain neurochemistry, and if abused, may alter brain processes leading to dependence and/or addiction.

Neurological effects of opioids include:

Alcohol Liver Disease (ALD) is the leading cause of liver illness in both North America and Europe. Opioid use also affects the organs, and can decrease liver functioning. Be cautious and properly educate yourself on the dangers of alcohol consumption, especially if you are taking opioid medications. The side effects of mixing alcohol and opioid medications can be life threatening.

Mixing alcohol and opioids may cause the following side effects:

Even if an individual takes the prescribed dose of an opioid medication, drinking even a small amount of alcohol with the opioid is dangerous because both will enhance each other’s effects. The most dangerous potential outcome of combining alcohol and opioids is depressed breathing, where the heart rate drops so low that the person may stop breathing all together or enter a coma.

Effects Of Alcohol And Opioid Abuse On Society

It is important for medical professionals to educate their patients about the consequences of mixing alcohol and opioid medications, because even social drinking could put the person at risk while they take their medications as prescribed.

Opioid drug use is associated with chronic pain and cardiovascular and cardiopulmonary diseases. Individuals addicted to opiates in general and on methadone maintenance treatment appear to have unusually high rates of alcohol use disorder.

Alcohol misuse is associated with:

According to the Surgeon General, “Alcohol misuse, illicit drug use, misuse of medications, and substance use disorders are estimated to cost the United States more than $400 billion in lost workplace productivity, health care expenses, law enforcement and other criminal justice costs (e.g., drug-related crimes), and losses from motor vehicle crashes.”

Whatever your specific situation, opioid and alcohol use can cause devastating and damaging effects in your life. If you feel you need help, contact OpioidTreatment.net today.