Despite being legal throughout much of the United States, use and abuse of phenibut or kratom can cause significant harm. When mixed together, the dangers of phenibut and kratom may be even greater. If you or a loved one has taken too much of either substance, contact 911 immediately. 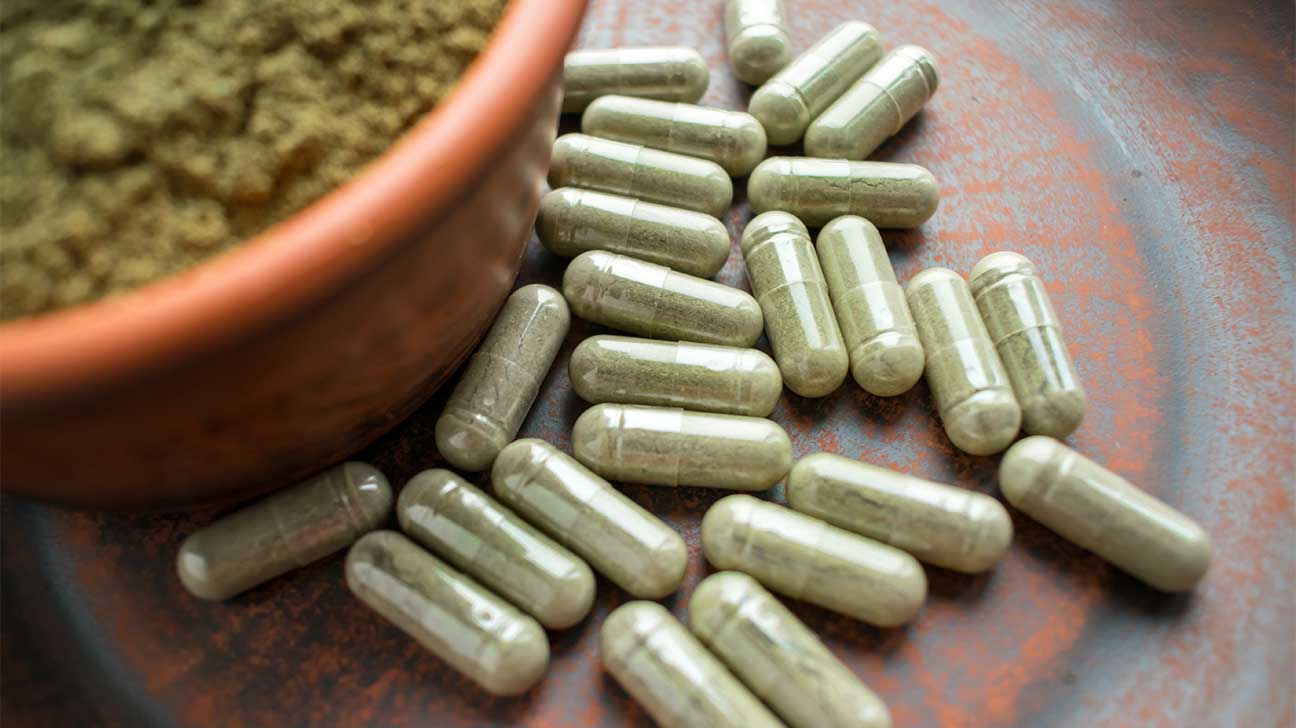 Individually, phenibut and kratom can cause dependence, addiction, withdrawal, overdose, and/or death. When combined, or used with other drugs, these effects could intensity and become more severe.

Mixing phenibut and kratom could cause physical and mental health problems like depression, heavy metal poisoning, an increased risk of cancer, nausea, organ damage, and withdrawal symptoms in newborns of mothers who abuse drugs.

This combination may also lead to severe intoxication and dangerous withdrawal symptoms, such as breathing problems, hallucinations, psychosis, and unconsciousness.

The Dangers Of Mixing Phenibut And Kratom

Like other drugs that are abused or taken to self-medicate health problems, the higher or more frequent the dose of phenibut or kratom, the greater the risk of tolerance, dependence, addiction, and withdrawal.

Despite their stimulating properties, both substances can have central nervous system depressant effects. This means that they could slow down critical life support systems in the body that are responsible for regulating blood pressure, breathing, heart, and temperature rates.

Operating a vehicle while under the influence of these substances can become hazardous for both the driver and those around them as well.

When mixing phenibut and kratom, a person could face a higher risk of agitation, depression, hallucinations, heart problems, intoxication, sedation, seizures, and withdrawal, all dangers that can occur with each drug individually.

The most dangerous side effects of phenibut abuse have been reported to include a fast heartbeat (tachycardia), serotonin syndrome, and tonic-clonic seizures (formerly called grand mal seizures).

Additionally, use and abuse of phenibut may cause:

In the most severe of cases, use and abuse of kratom could cause liver damage and toxicity, psychosis, slowed breathing, seizures, coma, and death.
Due to their opioid-like effect, many of the side effects of kratom are similar to opioid drugs.

Taking kratom may cause:

As a person becomes tolerant to kratom’s opioid-like effects, they may begin using opioid drugs such as heroin or prescription painkillers to intensity their high. In doing so, the risk of adverse health problems, addiction, overdose, and painful withdrawal rise.

Overdose From Mixing Phenibut And Kratom

Kratom alone has already been linked to nearly 100 overdose deaths. Anytime it’s mixed with another drug, such as phenibut, the risk of bodily injury and death could climb.
According to the FDA, a large number of kratom-related deaths involve other substances. This includes alcohol, benzodiazepines, gabapentin (Neurontin), illicit drugs, opioids, and over-the-counter medications like cough syrup.

The CDC also found that in roughly eight out of 10 kratom-related deaths, the person who died had a substance abuse problem. Some of the most frequently abused substances were heroin and fentanyl, two highly addictive opioids.

If a person uses either or both of these drugs on a regular basis they may develop physical dependence. As the dose a person takes increases, the side effects and dangers of phenibut and kratom withdrawal may also rise.

Once dependence sets in, a person may experience physical and mental symptoms of withdrawal should they suddenly stop taking one or both drugs. Withdrawal could happen if they drastically reduce the dose of either substance as well.

If a person is withdrawing from both drugs at once, certain withdrawal symptoms may become more intense. This could be the case with anxiety and depression, two mental health problems caused by withdrawal from each drug.

Side Effects, Risks, And Dangers Of Phenibut Withdrawal

It’s been reported that a person can become dependent on phenibut in a matter of days. Additionally, withdrawal has happened when a person discontinues a dose of as little as 2 grams a day.

Withdrawal from phenibut may create only discomfort, however, symptoms could progress to dangerous extremes. This could be especially true if a person quits cold turkey or without tapering their dose. Severe withdrawal may require that a person be hospitalized.

Withdrawing from phenibut may cause:

Some symptoms, like delirium, delusions, hallucinations, hostility, and psychosis may jeopardize the safety of not only the individual, but people who are near to them.

Side Effects, Risks, And Dangers Of Kratom Withdrawal

Kratom dependence can result in withdrawal. As this occurs, a person may experience symptoms that are much like mild to moderate opioid withdrawal. In some cases these may be painful and intensely uncomfortable.

Additionally, research shows that infants may be exposed to kratom through breastfeeding. When this occurs, an infant may go into withdrawal. Women who use kratom while pregnant may also expose their child to this risk.

Phenibut And Kratom May Be Laced With Dangerous Drugs

One of the greatest risks when purchasing these drugs online or at retailers is that they are not regulated. This means that the substance may not be pure and could be mixed with other chemicals or drugs that could cause sickness, overdose, or even death.

Taking these substances could make it hard for a person to be certain of what dose they are actually taking, a fact that could increase the odds of overdose.
Should they be cut or laced with another substance, such as a potent opioid drug, the risk of addiction and overdose can be even higher.

The FDA recently released a report stating that 30 different kratom products contained the heavy metals nickel and lead. These amounts were found to be much higher than what a person can safely consume in a day.

Even more, the FDA cautioned that people who used kratom for long periods of time could experience heavy metal poisoning. They went on to say that this toxic state could cause:

A drug may even be contaminated by harmful bacteria. In 2018, nearly two hundred people became ill and 50 were hospitalized across the US due to a kratom-related salmonella outbreak.

While these drugs are taken for recreational purposes to elicit a high or euphoric state, many people take them as performance enhancers or to self-medicate. This includes self-treating a physical problem like pain or a mental health program such as anxiety or insomnia.

Regardless of the reason, using these drugs could lead to short- and long-term health problems. Even people who first take these drugs to self-medicate or perform better may become dependent and addicted over time.

Self-treating a mental illness with phenibut or kratom could lead to more serious mental health problems down the road. Serious disorders of the mind have been linked to kratom use, including depression and hallucinations.

People who are self-treating a medical or mental health problem may not receive the professional help they need to truly recover.

Treating Withdrawal With Phenibut Or Kratom Can Be Dangerous

Both phenibut and kratom have been used for at-home detoxes from alcohol or opioid drugs. By doing so, a person could be endangering their life or health.
Detoxing from drugs or alcohol frequently requires constant supervision and intensive medical care. Without these things, dangerous side effects and withdrawal complications could occur. In the case of alcohol, withdrawal could even be deadly.

If a person is attempting a do-it-yourself detox using phenibut or kratom, they may not be able to get appropriate medical care as soon as they need it. Cravings may also become too intense without support and certain medications.

By choosing a professional, medical detox, a person receives greater protection from these risks.

Get Help For Phenibut And Kratom Abuse And Addiction

The most comprehensive treatment plans provide individualized treatment. By addressing the physical and mental impacts of a substance use disorder, a person has a higher chance of a successful recovery.

Supervised withdrawal or a medically supervised detox provides a safe, supportive environment where the drug can be flushed from a person’s system.
Once a person detoxes, it’s suggested that they progress to a treatment program. Inpatient drug rehab is often the best choice for moderate to severe addiction.