Heroin is an illicit drug that comes in various forms, including those that are lesser known to the general public. Heroin can have dangerous side effects when used, including dependence and addiction with chronic use. 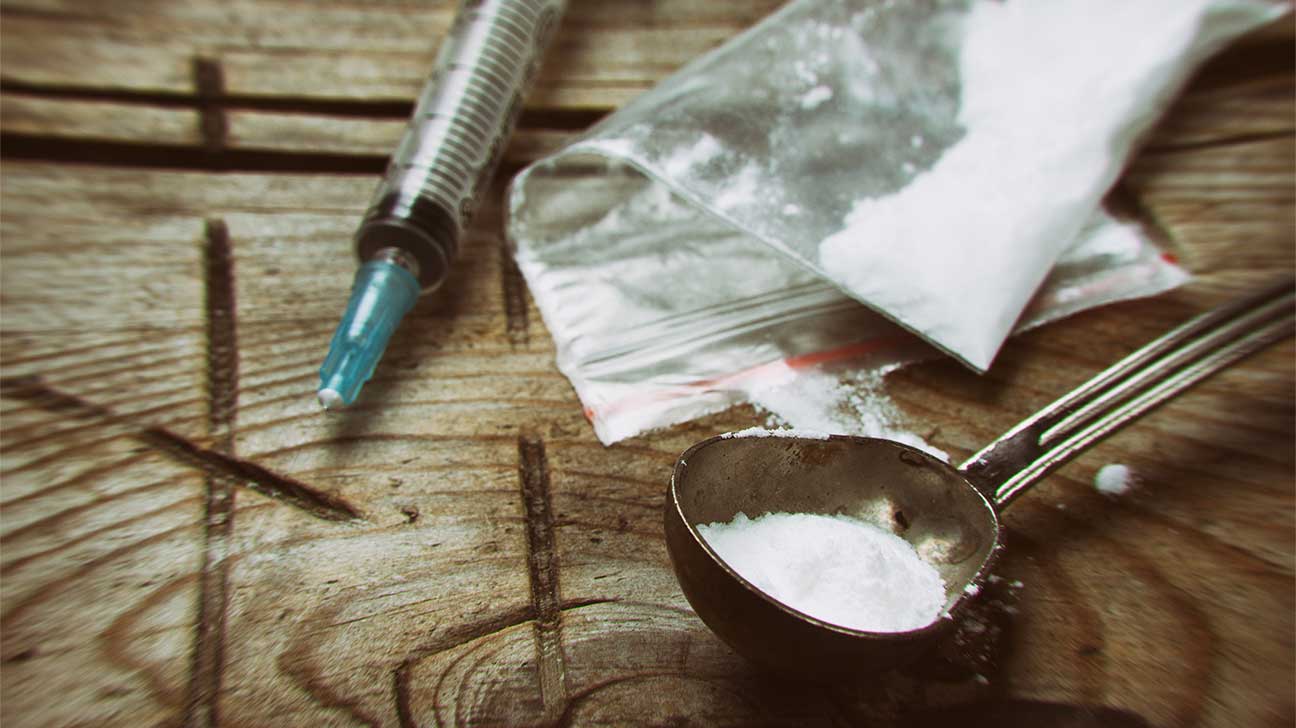 Heroin is an addictive drug that most commonly comes in the form of a white powder, brown powder, or a dark, solid substance (black tar heroin).

Heroin is an illicit opiate. While it is more well-recognized in its common forms, less common versions of heroin have also cropped up in recent years.

If you or a loved one is using heroin, here is what you need to know about some of the less common forms of heroin, its effects, and potential dangers:

Blue heroin, also known as “blue drop heroin,” is a nickname given to a blue-dyed batch of heroin that has been laced with fentanyl.

Fentanyl is a powerful, synthetic opioid that is about 50 times more potent than heroin and can be deadly even in small doses.

Other street names for fentanyl-laced heroin include:

Cheese heroin is a nickname given to black tar heroin that has been mixed with crushed up Tylenol PM tablets. It is typically yellowish or tan in color, with a grainy powder texture.

According to an alert from the Dallas Police Department, cheese heroin, or simply “cheese,” is most commonly snorted through the nose.

Heroin is most commonly manufactured in the form of a dark, solid substance (black tar) or powder. But a liquid version of heroin has been identified.

Liquid heroin, also known as “Liquid O,” refers to a liquified version of black tar that is made by mixing black tar heroin with warm water.

It is often packaged and sold in small eye-droppers, or vials.

Gunpowder heroin is a street name given to a sticky powder form of black tar heroin. It’s more potent than Mexican black tar and contains a mixture of substances.

According to one laboratory analysis of heroin in the San Francisco Bay Area in 2013, at least one batch of “gunpowder heroin” also contained codeine, lidocaine, and morphine.

Purple heroin is a powdered form of heroin that has been laced with other powerful opioid drugs such as carfentanil or brorphine.

This form of heroin, which may appear gray or purple in color, was identified in fatal overdose cases in Michigan in 2020. It has also been found in Canada.

Pink heroin, also known as Pink, U4, or pinky, is a highly potent and illegal synthetic opioid substance that may or may not contain actual heroin.

What Are The Effects Of Uncommon Forms Of Heroin?

Heroin is a powerful depressant that is known to cause sedative effects and euphoria when used. But the effects of uncommon forms of heroin can vary.

Common side effects of heroin use include:

Additional side effects may also occur, depending on what other substances are added to the batch of heroin used.

For example, a common drug combination known as “speedball” — containing heroin, crack cocaine, and/or meth — may cause stimulant effects or a “push-pull” effect.

What Are The Dangers Of Uncommon Heroin Use?

One of the greatest dangers of using uncommon forms of heroin is their likelihood of containing other toxic substances, including other very powerful opioids.

Several types, such as blue heroin, are believed to be a lot stronger than purer forms of heroin, which means they carry a higher risk of overdose.

Signs of heroin overdose include:

An overdose can be reversed with the quick administration of Narcan, also known as naloxone. This can help prevent fatal overdose.

Other risks include the risk of developing a heroin addiction or chemical dependency. Addiction comes with many harmful side effects, from health risks to increased overdose risk. Chemical dependency may lead to painful withdrawal symptoms.

Using uncommon forms of heroin is a sign of heroin abuse and addiction, which can be life-threatening without substance abuse treatment.

At OpioidTreatment.net, our treatment specialists can help you find an addiction treatment program that’s right for you or a loved one.

Don’t wait. Call our helpline today to learn more about heroin addiction or to find heroin rehab options at an addiction treatment center near you.