Hydrocodone is semi-synthetic opioid that is active ingredient in the Vicodin, Lortab, Lorcet, and many other brands of narcotics. Hydrocodone is one of the most commonly abused drugs in the United States. Long-term hydrocodone misuse and abuse may lead to addiction. 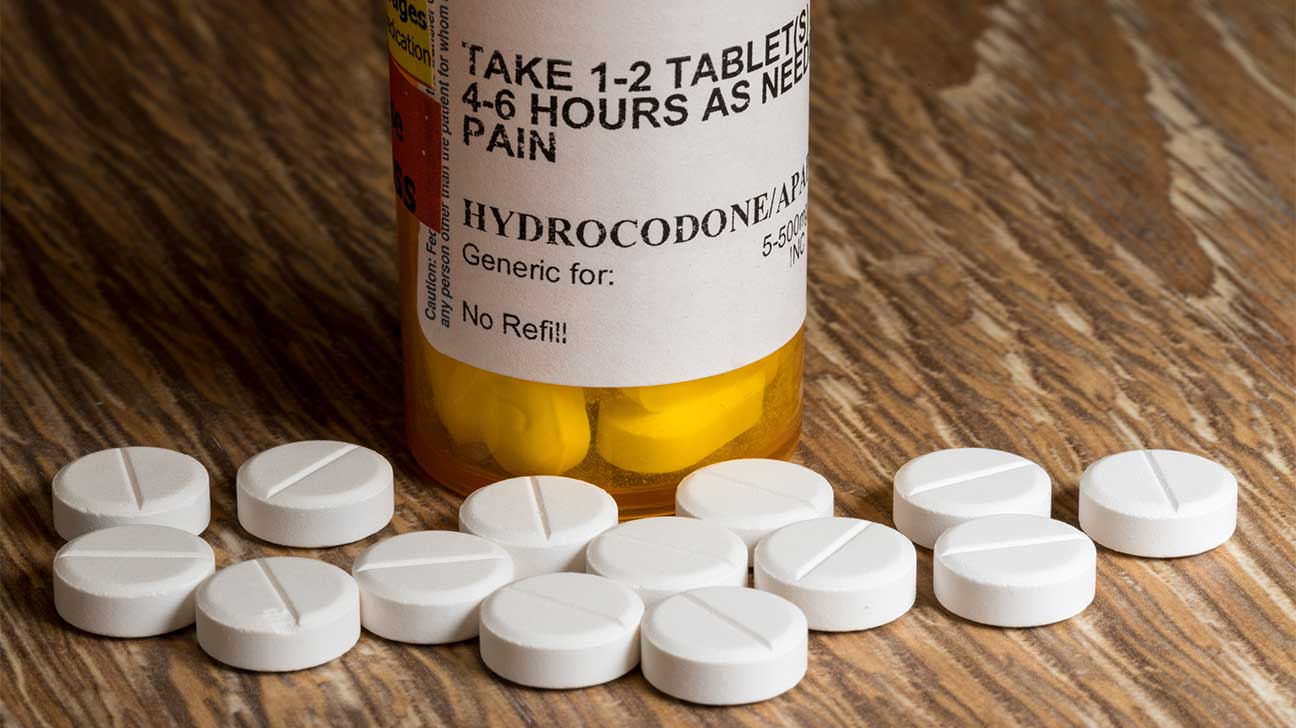 Hydrocodone is a semi-synthetic opioid manufactured from codeine, which is derived from the opium poppy. It is a type of painkiller, originally created in a lab in the early 1920’s by Knoll Pharmaceuticals of Germany. They introduced more hydrogen molecules to chemically change to the structure of codeine, in an effort to make it less addictive and easier on the stomach.

The History of Hydrocodone

The National Research Council was responsible for ensuring the safety, efficacy and side effects of 350 drugs in 1929, among them was hydrocodone. While is was found to have side effects consistent with that of other opioids, it was also discovered that it caused an intense euphoric (a feeling intense excitement and happiness) effect in rats that had also built up a tolerance to morphine. It was noted that smaller doses of hydrocodone given to the rats in place of larger doses of morphine seemed to have the same amount of pain relief and sense of euphoria.

In 1970, under the United States Controlled Substances Act, hydrocodone was classified as a Schedule II drug. This meant three things: the drug has high potential for abuse, is it currently accepted as medical treatment in the US, and abuse of the drug could lead to severe psychological or physical dependence.

There was, however, a condition placed on drugs containing less than 15 milligrams of hydrocodone in combination with other drugs such as acetaminophen (tylenol), to be classified as Schedule III drugs. This means three things: the drug has a potential for abuse, but it is less than those in Schedule I or II, the drug is currently accepted as treatment in the US, and abuse of the drug may lead to moderate or low physical dependence and high psychological dependence.

Why Is This Hydrocodone Prescribed?

Hydrocodone is prescribed to relieve severe pain and is typically for patients who need around-the-clock pain relief that cannot be treated with other medications. It comes in extended release capsules or tablets. The drug acts on the Central Nervous System (CNS) which is made up of the brain and spinal column. The receptors in the CNS are flooded with the molecules from the drug which causes a sense of pleasure and a release of pain at the same time. The sense of pleasure the drug causes is thought to be why the drug is so psychologically addicting.

According to the National Survey on Drug Use and Health – 2014, about 1.9 million Americans met the description for use disorder of prescription painkillers based on their use of the drugs in the past year. The number of Americans affected has only grown since 2014.

There are hundreds of products on the market that contain varying amounts of hydrocodone. Due to the addictive nature of this type of opioid, it is commonly combined with other drugs like Tylenol or Ibuprofen. A few examples of these combinations include: Vicodin HP, Lortab, and Reprexain. These combination drugs are commonly used to treat coughs which are hyperactive and not helping the patient. It works on the cough center in the medulla (a specific part of the brain) to suppress cough while the opioid side binds to receptors in the CNS to reduce pain.

The combination drugs, while less potent, do have the additional risk of causing liver damage. Prolonged exposure to these combination medicines, will decrease liver function over time, causing the patient to need a replacement liver.

Each year in the United States, approximately 5 million people abuse opioid pain relievers. In an effort to counter abuse, the Food and Drug Administration (FDA) approved an extended-release (ER) version of hydrocodone, Zohydro ER in 2014. The FDA also released a statement correcting the misconceptions around Zohydro ER in the press. Stating that Zohydro is available in various strengths ranging from 10 – 50mg to be realised over a 12 hours time-period, which is higher than the immediate-release (IR) combination products, however still lower than other ER opioids like hydromorphone and oxycodone.

The FDA stated that it is misleading to claim that Zohydro is more potent than anything currently on the market. Though its strength might match that of other IR, it is meant to deliver the same amount of medication in fewer doses to make it easier on patients with chronic pain management issues.

Signs Of Hydrocodone Abuse And Addiction

When a person is suffering from addiction to prescription opioids they can experience some of the following physical symptoms:

Other behavioral signs of addiction to prescription opioid medications include:

The changes to the brain caused by extended use of opioids are thought to be the reason behind these psychological changes.

Anyone can become addicted to painkillers, many people fall victim to these drugs because it feels good, or they need to relax. In a few cases it was found that addiction was caused because of the reduced appetite and increased alertness.

Abuse Vs. Addiction, What’s The Difference?

Drug abuse, as defined by the National Institute on Drug Abuse (NIDA), is when a person uses illegally or legally obtained drugs in an inappropriate manner. This includes repeated drug use in an attempt to avoid or alter one’s reality, relieve stress, or to have fun.

Addiction, as defined by the NIDA only occurs when a person can’t control the psychological urge to use drugs even when there is a high possibility of self-harm and death.

If you’re concerned that someone you know is suffering from addiction to prescription opioids like hydrocodone, contact us. The resources available at OpioidTreatment.net can help answer any questions you may have and assist in finding a treatment program that is the right fit for your situation.