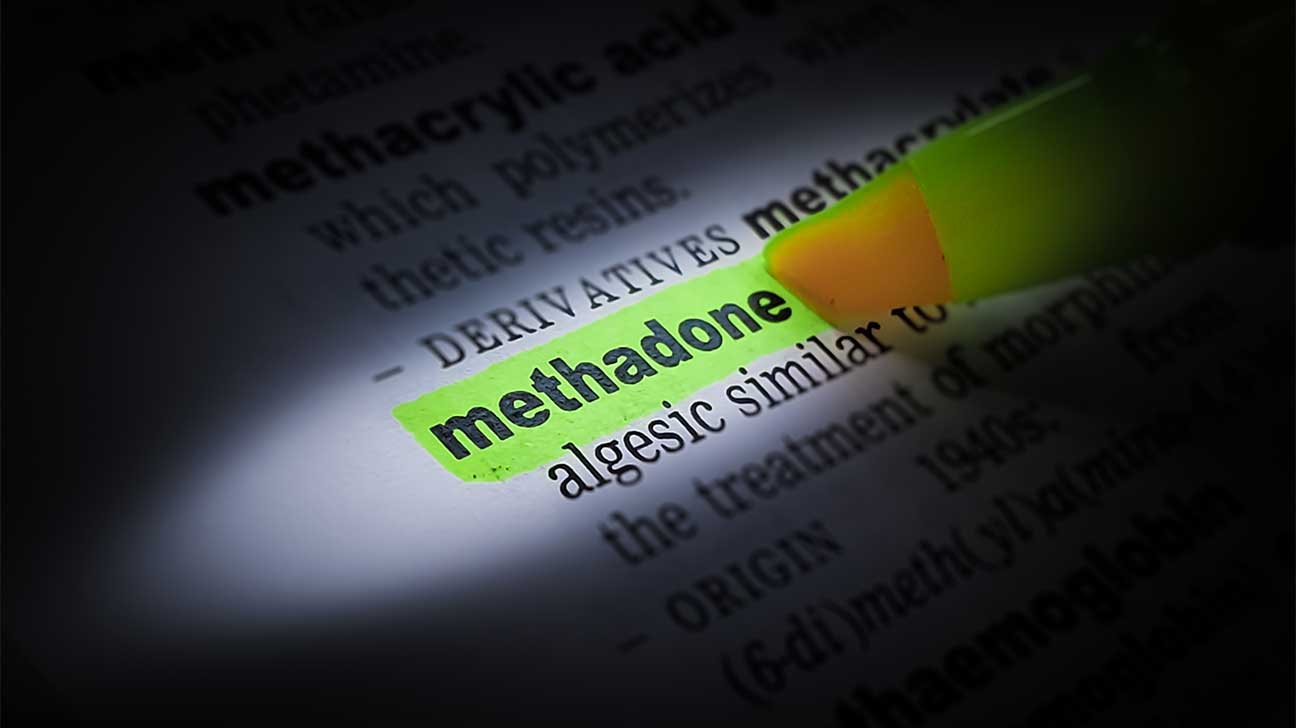 Methadone is a synthetic opioid used in medication assisted treatment (MAT) to help people reduce or quit their use and abuse of opioids like oxycodone, hydrocodone and heroin. It was first produced in the 1930’s in Germany, as a less addictive counterpart to morphine. Methadone maintenance programs first appeared in Canada and are currently thought to be one of the most common and effective means of treating opioid addiction.

The term “maintenance” is used in the description of this methadone maintenance therapy because the goal is to maintain the pain relief of opioids while avoiding the negative symptoms of withdrawal.

Also, at stabilization, methadone is shown to bind to only 30% of opioid receptors allowing the remaining 70% to function as usual within the pain, reward, and mood centers of the brain. This also helps to control the release of stress hormones in the body as it goes through the withdrawal process, causing the participant to be more psychologically stable as well. The increase of receptors operating in a normal state while in MMT is also thought to be why it is easier to wean participants off of methadone, opposed to other more addictive opioids.

These underlying factors have caused medical professionals to think of methadone maintenance as a relapse prevention drug because it normalizes many of the stress-related responses that cause people to relapse back into addiction.

Different Forms And Side Effects Of Methadone

Methadone is most commonly given orally in the form of a tablet, powder, or liquid. There is not one established manufacturer of methadone but its main ingredient is always methadone  hydrochloride. A single dose (80-100 milligrams) can last anywhere from 24-36 hours. The long-lasting effects are helpful in the treatment process because it requires fewer doses. It’s primary use is for treating opioid addiction, however, it is still possible for someone participating in ongoing treatment to experience negative side-effects.

Some of the short-term side effects of Methadone include:

Long-term side effects include ongoing lung and respiratory problems. It can even affect women’s menstrual cycle and cause pregnancy complications.

A few slang terms for methadone include; Dollies, Doll, Mud, Red Rock, Tootsie Roll, and Fizzies. A common piece of paraphernalia associated with illicit use of the drug is a cracker (a device used for opening methadone cartridges). A few brand names for methadone are: Diskets, Methadose, Dolophine, and Westadone these are always obtained through a prescription from a healthcare professional.

Despite of its use for treatment there are people can become addicted to methadone. Supplies for the illicit use of methadone often come from patients who are in an ongoing treatment program. In 2002 there were an estimated 1,200 facilities in the US dispensing methadone. This has caused methadone to be encountered frequently on the illicit market and it has been increasing linked to many cases of overdose.

Overdose only happens when someone ingests, whether orally or by injecting it into their bloodstream, more that the recommended amount because in large amounts methadone can be poisonous. It can also occur when methadone is taking with other painkillers or benzodiazepines, like xanax. This is type of overdose is more likely to lead to death because of the respiratory depression caused by the mixing of these medicines.

Some signs of a methadone overdose include:

Methadone is considered to be a full agonist opioid, meaning that it can interact with a greater amount of receptors within the body’s central nervous system. While, buprenorphine is only considered to be a less potent partial agonist opioid, meaning it reacts with fewer receptors in the CNS. The lack of receptor interaction, or “ceiling effect” leads to a lesser euphoric state although it does relieve pain and withdrawal symptoms at about the same rate as methadone.

In 2008 there was a study performed that showed buprenorphine being statistically less effective than methadone in retaining participants in its treatment. However, for those who remained in the treatment it was shown to be just as effective in suppressing opioid abuse. The study also reflected that at lower doses people were more likely to stick with the methadone treatment, with persons taking lower doses of buprenorphine reporting that it was no longer effective enough in curbing their cravings for other more addictive opioids.

Because of the buprenorphine ceiling effect, causing less respiratory depression, it is also more difficult to overdose on than methadone. However, it is important to note that in conjunction with other substances like alcohol or painkillers, buprenorphine can cause coma and possibly death. Additionally, if it is mixed with other opioids in an attempt to reach a “high” it can cause death when the effects of buprenorphine wears off.

When choosing between methadone maintenance therapy and buprenorphine to detox from opioids there are several factors to consider but health professionals have determined that opioid dependence is the key factor in the success rate of both treatments. It is believed the a person with a moderate opioid addiction would do better on buprenorphine treatment while a person with any level of opioid dependence could participate in methadone maintenance therapy.

Get Help For An Addiction To Heroin Or Prescription Opioids Today

Choosing a detoxification program can be a lot to handle. It has also been noted that support from a mental health professional, advocacy groups, and family is important in conquering addiction. We can help you find the resources you need to achieve this goal. Contact us at opioidtreatment.net for more information. You are not alone.

National Center for Biotechnology Information – Opioid tolerance in methadone maintenance treatment: comparison of methadone and levomethadone in long-term treatment, Buprenorphine vs methadone treatment: A review of evidence in both developed and developing worlds, Maintenance Medication for Opiate Addiction: The Foundation of Recovery, Pharmacology and Medical Aspects of Methadone Treatment