Oxycodone belongs to the opioid class of pain relievers. It is manufactured from an organic chemical found naturally in opium, which derives from the poppy plant. Significant signs of the dangers we now associate with opioids can be traced back to the 1960’s, when the United Nations Office on Drugs and Crime officially classified oxycodone as a dangerous drug. Abuse and addiction have only increased since then. 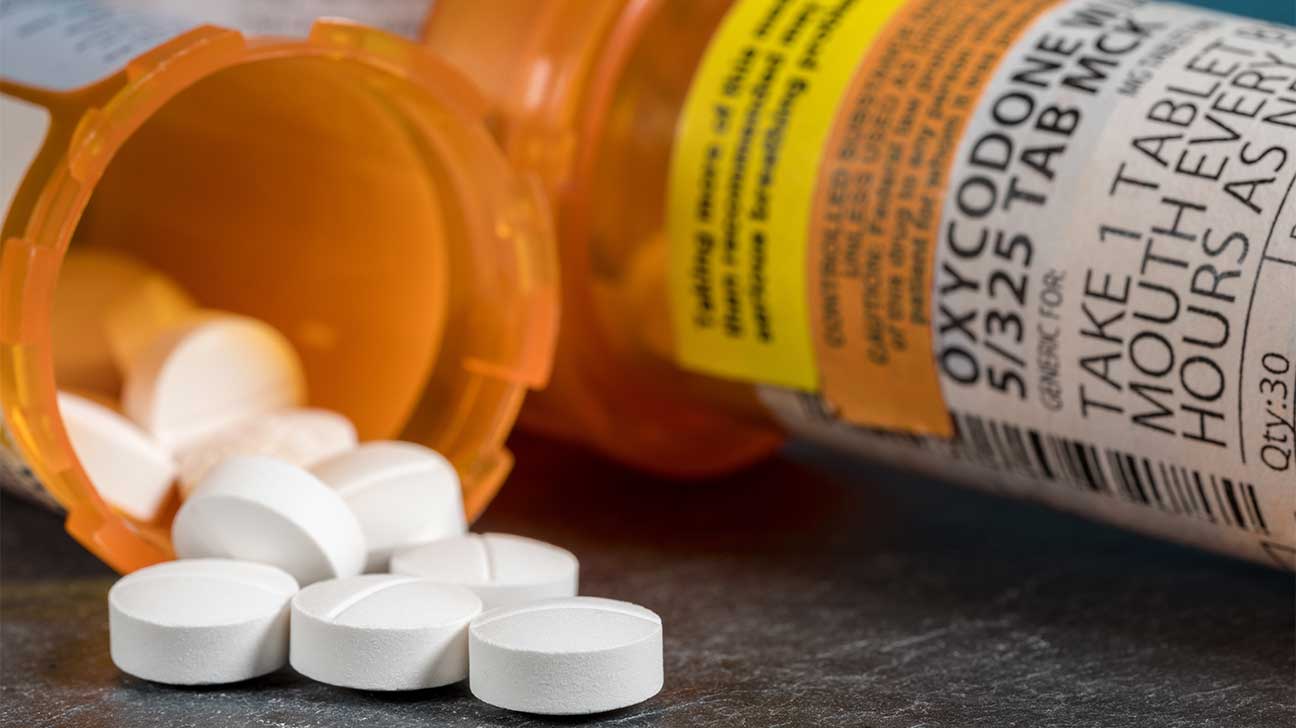 Oxycodone is a opiate (narcotic) analgesic, or painkiller, which is prescribed for moderate to severe pain. Oxycodone is administered as a short-acting form or as an extended-release, or long-acting form, which means the medication is released slowly and gradually over time.

The pure formulation of oxycodone is referred to as OxyContin or Xtampza ER, both of which are extended-release. The former medication is sometimes referred to as “hillbilly heroin,” due its popularity as a drug of abuse, and also because of the way the drug’s effects are similar to heroin.

Oxycodone is also combined with weaker, non-addictive painkillers, such as acetaminophen (Oxycet, Percocet, Roxicet, Xartemis XR, and others), aspirin (Percodan), and ibuprofen, according to MedlinePlus. Despite the addition of these substances, these formulations of oxycodone are still highly addictive.

Oxycodone impacts an individual’s brain, changing not only the way a person responds to pain, but to pleasure, due to the way the neurotransmitter dopamine is influenced. When oxycodone hits a person’s brain, especially in the excess quantities used within abuse, the excess of dopamine creates a euphoric state. Eventually, a person’s body struggles to produce the chemicals which are responsible for this and other effects on its own, leading them to take more of the drug in an effort to create these sensations.

As the amounts abused climb, a person moves closer to addiction. When abused, oxycodone may be taken orally, in larger amounts than are typically prescribed. To increase the rush associated with this drug, some people may attempt to chew, smoke, snort, or inject the drug, despite the fact OxyContin has been reformulated to deter abuse.

Abuse Vs. Addiction: What’s The Difference?

Drug abuse, as defined by the National Institute on Drug Abuse (NIDA), is when a person uses illegally or legally obtained drugs in an inappropriate manner. This includes repeated drug use in an attempt to avoid or alter one’s reality, relieve stress, or to have fun.

Addiction, as defined by the NIDA only occurs when a person can’t control the psychological urge to use drugs even when there is a high possibility of self-harm and death.

A History of Oxycodone

Until the year 1995, the Food and Drug Administration (FDA) had approved of the use of oxycodone products. However, this changed once the manufacturers began to market and distribute the drug more regularly in 1996. With the public’s increased awareness of the drug, officials began receiving more reports of illicit use and abuse.

An estimated 2.1 million people in the United States suffering from substance use disorders related to prescription opioid pain relievers in 2012.

The US is still dealing with this problem today. While that number does include all opioid pain relievers, such as hydrocodone, fentanyl, tramadol, and oxycodone, it has only increased over the past five years.

During the first months of his presidency, Donald Trump established an Executive Order in regard to this issue. It declared that, in addition to the Office of National Drug Control Policy ongoing work to reduce drug use and its consequences, it will also now provide administrative and financial support to the President’s Commission on Combating Drug Addiction and the Opioid Crisis.

Oxycodone products are also referred to as oxy, cotton, or perc’s. It is a misconception that these opioids are somehow safer than heroin or other “street” drugs because they are medicine provided by a doctor. When these drugs are abused and used improperly their dangers are just as perilous as those of other “street” drugs.

Often, oxycodone is sold by pharmaceutical companies under trade names such as, Percodan, Percocet, and Tylox, to name a few. These opioids consist of small doses of oxycodone combined with other active ingredients like aspirin or acetaminophen, and are designed to immediately release the drug when ingested.

OxyContin, a commonly known form of oxycodone, comes in different strength dosages ranging from 10mg to 80mg tablets and is designed to release over a longer period of time. OxyContin can relieve moderate to severe pains for up to 12 hours.

Oxycontin: A Potent Dose of Oxycodone

Although OxyContin’s original purpose was to mediate the potency of oxycodone and assist in better handling patients pain over time, it is the most abused oxycodone product. As immediate release opioids became more difficult to find, people got creative with OxyContin.

Over time, the learned that if they removed OxyContin’s controlled-release technology, usually by crushing, biting, or dissolving the tablet, they could get it to immediately release the dose of oxycodone. This ended up making matters worse, because these drugs were meant to be released slowly, they contained much higher doses which lead to negative side effects and more cases of overdose.

It is worth noting, however, these overdoses were not only felt by people who suffering from addiction to this drug. It was also felt in hospitals, when medical professionals broke the tablet up to for patients who were unable to swallow it whole.

Oxycodone affects the central nervous system (CNS) which consists of two parts: the brain and the spinal cord. Oxycodone binds to various protein receptors in the CNS, altering the way the body perceives of how pain is felt but not eliminating it. It is now known that over time oxycodone will alter the structure of the brain’s reward center and this is thought to contribute to addictive behaviors in people taking it over a long-time span. While very useful in pain treatment scenarios, it can become highly addictive due to the extreme pleasure sensation it causes.

Addiction happens at various rates for different people, depending on a variety of factors including: their pre-drug disposition and use of recreational drugs. The Federal Government has also linked recreational use of drugs to increased risk of addiction. Due to the nature of the interaction of oxycodone with the receptors in the brain, it is inevitable that each individual taking these drugs will build up a tolerance to them.

How Do You Develop A Tolerance To Oxycodone?

With every dose of oxycodone, the brain is flooded with chemicals that relieve pain and cause pleasure. Over time, the brain adjusts to this new sensation and, to regain equilibrium, it reduces the number of protein receptors within the reward center of the brain. The loss of these receptors decreases the body’s sensitivity to dopamine. A naturally occurring chemical compound within the brain which affects mood and memory. This is what is thought to cause mood swings some experience as a side effect.

Oxycodone Addiction in the United States

The adage that oxycodone addiction is a “white-collar” disease is now being proven wrong. As the epidemic spreads, the addiction knows no bounds and studies show that it is growing in use within all socioeconomic and ethnic groups within the US.

Though it is still more likely to obtain oxycodone through a prescription from a medical professional, it is also possible to pick it up illicitly. The difference in pricing from prescribed tablets to black-market value is staggering. A 40mg tablet costs around $4, however the black-market value can range in price anywhere from $25 to $40.

What Are Signs Of Oxycodone Abuse, Addiction & Withdrawal?

The Signs of Oxycodone Abuse

People abusing oxycodone products are more likely to show less interest in social activities. They will shut themselves in and insist on being alone. However, this can be difficult to differentiate from normal teenaged angst, if the person is between 12-18 year of age.

The Signs of Oxycodone Addiction

At this point, oxycodone has modified the brain structure so that the person will not be able to stop on their own. There is a very fine line between abuse and addiction when it comes to opioids. Since the drug causes a sense happiness a person who believes they are only abusing the drug and are still in control may have fallen into addiction without even realizing it.

While using oxycodone products under the supervision of a physician most people will only experience mild side effects. Like with other narcotics daily activities can be restricted, such as driving a car and speaking ability. More serious side effects occur when the drug is abused and not taken in the proper dosage.

Serious Side Effects of oxycodone products include:

The Signs of Oxycodone Withdrawal

Because of the potency of oxycodone products it is likely that anyone who takes it will experience some form of withdrawal symptoms. These include but are not limited to:

These symptoms are even more likely to occur if the withdrawal is sudden and not done over a period of time. The CNS needs this time to adjust and heal, without it, the whole-body system gets thrown out of whack.

Get Treatment Today For An Oxycodone Addiction

There are so many factors that go into the topics of drug abuse and addiction. If you have any further questions regarding oxycodone, drug addiction, or possible treatment you can reach us at OpioidTreatment.net. One of our specialists would be happy to assist you in finding the answers you seek.

National Institute on Drug Abuse - The Science of Drug Abuse and Addiction: The Basics