Codeine is a frequently abused opioid found in Tylenol 3,4 and cough medications. Over the past few decades it has become a sought after recreational drug of abuse. Unsuspecting users think that because it is a weaker opioid, it is not as dangerous. Codeine abuse can quickly develop into to an addiction. 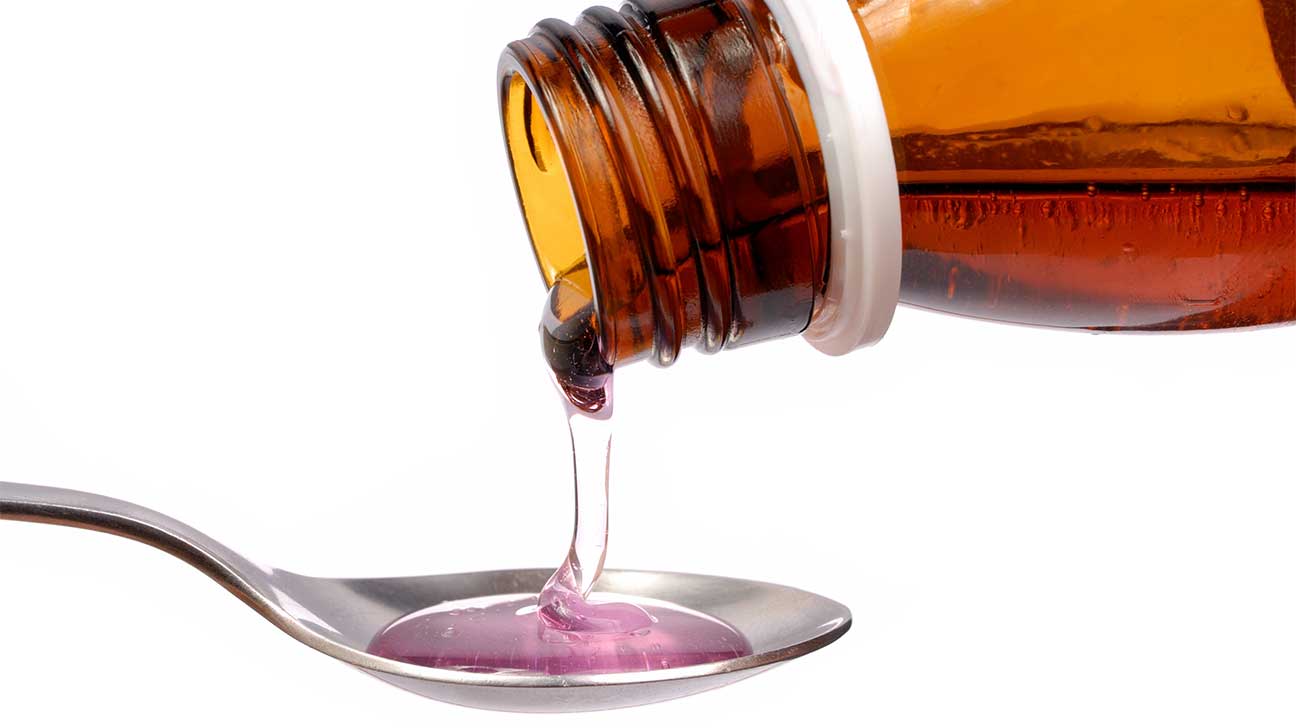 Codeine is an opioid painkiller and cough suppressant. Brand names include: Tylenol 3, Tylenol 4 and Tuzistra XR. Street name for codeine in liquid form are Lean, Sizzurp and Purple Drank; street names for codeine in pill form are Captain Cody and Schoolboy.

Codeine is usually prescribed in 30mg or 60 mg doses in pill form to manage mild to moderate pain, and the liquid form typically contains 10mg codeine/5mL of liquid to treat coughing. Small amounts of codeine convert into morphine inside the body, which can lead to serious or life-threatening breathing problems, so monitoring during dosage increases and the first 24-72 hours of treatment is important.

According to a press release in January, 2018 from the Food and Drug Administration (FDA), codeine should not be used in children under 18 years of age.

Codeine takes approximately 15-30 minutes after consumption to take effect and can last 4 to 6 hours more in some individuals. This medication acts on the central nervous system (CNS), changes the way the body and brain responds to pain and decreases the activity in the brain that causes coughing.

Codeine has been referred to as a “weaker” painkiller. However, it is an opiate and because small amounts of codeine metabolize into morphine, which is considered one of the strongest opioids, it has the potential to be dangerous and even life threatening. It can be habit-forming and addictive, especially if it is taken in a way that is not prescribed by a medical professional or taken with other medications, drugs or alcohol.

The National Institute on Drug Abuse (NIDA) states that drug abuse happens when a person uses illegally or legally obtained drugs in an inappropriate manner, including repeated use to attempt to avoid or alter one’s reality.

The NIDA defines addiction as a person who cannot control the psychological urge to use drugs, even when there is a high possibility of self-harm or death.
When someone begins abusing drugs like codeine, this behavior can quickly develop into an addiction. Opioids, including codeine, temporarily change brain chemistry. Frequent abuse can lead to permanent, structural changes to the brain that may contribute to addictive behaviors.

Signs and Symptoms of Codeine Abuse

Signs and symptoms of codeine abuse can vary from person to person. Chronic opioid abuse can quickly lead to drug tolerance, sometimes within two to three weeks of abusing the drug.
Someone who is abusing codeine may experience side effects of the drug.

Side effects of codeine abuse may include:

Codeine may cause other side effects. Call your doctor if you have any unusual problems while you are taking this medication.
In high doses, codeine can make a person appear drunk. Causing lack of coordination, slurring of words and possibly falling asleep in the middle of sentences.

Larger doses of codeine will be required to have the same effect as a smaller dose had before, once tolerance is established. A good indication that tolerance has occurred is if a person is finishing their prescription ahead of time.

Individuals who have developed a tolerance to Codeine will experience withdrawal symptoms as it wears off. This is a key sign that an addiction has developed. Any person who wishes to stop taking Codeine and cannot may be suffering from addiction.

Certain behavioral changes occur as abuse becomes addiction. These changes have been known to include:

How is Codeine Abused?

Codeine can be abused in many different ways. In liquid form, Codeine is commonly mixed with alcohol, sodas, sports drinks and other beverages and consumed by teens and young adults. This specific type of consumption has been glorified by celebrities and athletes alike. Other types of consumption are simply ingesting the pills, or crushing and snorting them.

Like other opioids, abusing codeine causes feelings of euphoria and relaxation, which is believed to play a role in addiction. However, abuse does not always turn into addiction. When abuse is unchecked and untreated, it can become an addiction.

Codeine Overdose Risks And Other Dangers

Dangers of codeine abuse can include overdose and possible death. Taking more than the prescribed amount of codeine may lead to breathing and heart problems. Mixing codeine with other CNS depressants like alcohol, benzodiazepines, or other drugs can increase the likelihood of overdose and death. Because opioids slow breathing and heart rate, the most significant risk of an overdose is lack of oxygen, which can lead to brain damage and death. Three to five minutes of oxygen deprivation can cause permanent brain injury.

Some additional complications of codeine overdose can include:

Drug abuse and addiction can impact other parts of someone’s life, and lead to problems such as:

Opioids contributed to 42,249 deaths from overdose in 2016, which is an average of 115 opioid overdose deaths per day.
Teenagers are more likely to abuse codeine than other age group. Liquid codeine has been glamorized and given names like “Sizzurp”, “Lean” and “Purple Drank”. Additionally, codeine in pill form is more easily accessible through others that have prescriptions.

Because large amounts of codeine need to be ingested for an overdose to occur, or codeine needs to be mixed with other drugs or alcohol, overdose from codeine is a sign of addiction.

Codeine withdrawal occurs when someone has developed a physical dependence on the drug. This usually happens after using the drug for an extended period of time, because the body become used to having a certain level of codeine in the system. When a person stops using the drug, the level of codeine in the system drops dramactially and the body starts to have withdrawal symptoms.

Withdrawal symptoms from codeine include:

It is never recommended to withdrawal from opioids without help. Due to the intense cravings reported by those who have detoxed from the drug, it is a much safer option to undergo detox in a medically-supervised environment.

Medically-supervised codeine detoxification may involve tapering off the current dose of codeine currently taken by the person misusing the drug. Or, it may involve replacing codeine with methadone or buprenorphine. In some cases both options will be used to ensure that unpleasant withdrawal symptoms will be less intense and less likely to lead to relapse. Doctors may also prescribe non-narcotic medications to ease more mild withdrawal symptoms

Generally, it takes about a week to two weeks for withdraw symptoms to lessen. After the initial detox, some people will choose to enroll in an inpatient program to continue with supervised treatment. These programs usually involve different types of therapy as part of the treatment that help individuals change their habits and behaviors so they can continue to live opioid-free.

Treatment For Codeine Abuse And Addiction

Successful treatment for codeine abuse and addiction involves a comprehensive look at individual circumstances and a robust aftercare plan. Detox is only the first step towards recovery.

Recovering from drug addiction is a long-term process, and an aftercare plan can help individuals stay on track with the use of 12-step programs or other support groups. With time, aftercare becomes less intense, but ongoing support is usually needed to ensure a drug-free life.