Signs And Symptoms Of A Heroin Overdose

Heroin is a highly addictive substance which comes with high risk of overdose. Knowing overdose signs and symptoms helps people secure treatment for addicted individuals. Contact 911 immediately if you suspect someone has overdosed on heroin. 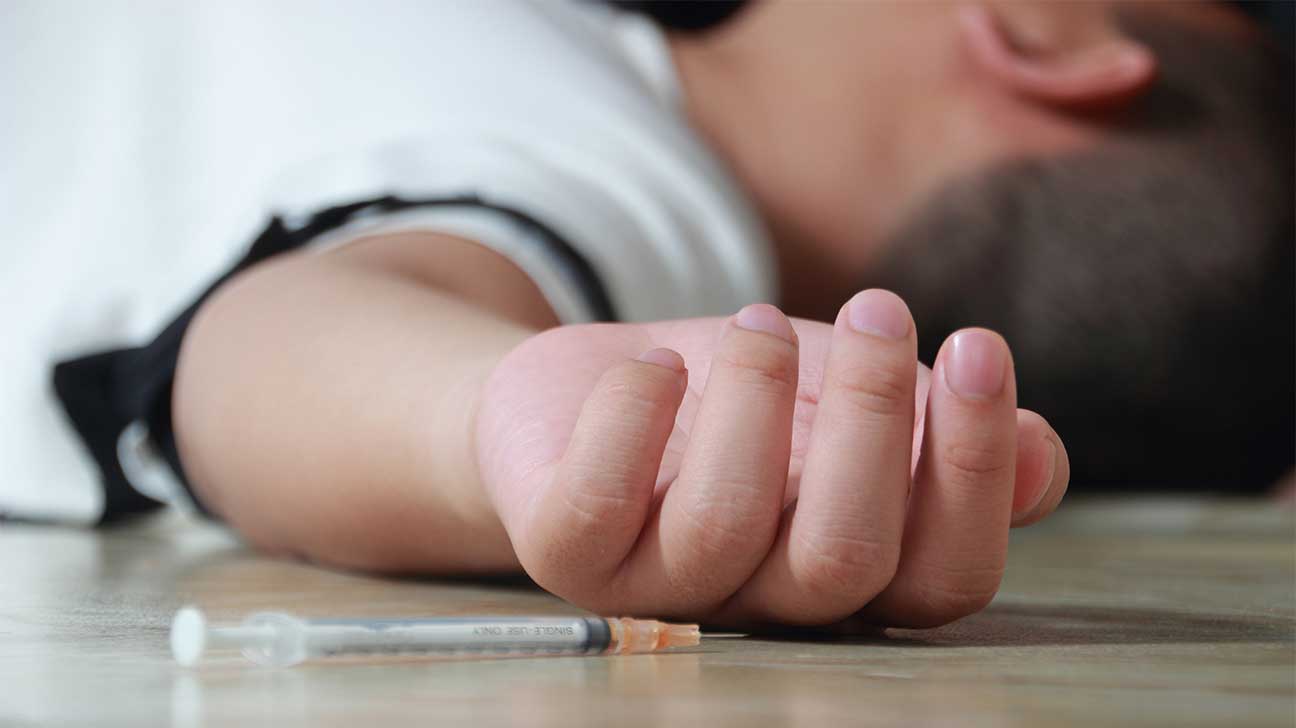 The effects of heroin vary depending on the amount taken and individual circumstances. A person who has just been introduced to heroin may be at risk of overdose because their body is sensitive and not used to the potency of the drug.

Long-term heroin users are equally prone to overdose because they have built a tolerance to the drug and may continue taking higher doses to achieve the same opioid-inducing effects. In both cases, there are common signs that indicate a heroin overdose may have occurred.

Signs and symptoms of heroin overdose include:

Heroin overdose can abruptly stop or slow breathing. This can decrease the amount of oxygen that reaches the brain, a condition called hypoxia. Hypoxia can have short- and long-term effects and may negatively impact the central nervous system, resulting in coma and permanent brain damage

If you suspect someone has overdosed on heroin it is important that you call 911 immediately. Stay with the individual until medical personnel arrive. Sometimes, immediate solutions to opioid overdose are available. A heroin overdose is a dangerous and deadly result consequence that comes with using the drug.

Narcan, known by the brand names Naloxone or Evizio, can counter opioid overdose effects, usually within two minutes. Naloxone works by instantly blocking the opioid receptors in the brain and body to prevent further heroin damage. Naloxone was first developed as an injection and is now available as a nasal spray. If someone you love is struggling with an addition to heroin or prescription opioids, it is strongly recommended that you keep a Narcan kit close by.

After acute care, the individual will continue to be monitored, usually at a hospital or detox facility. Once the person’s vitals are stable, the next step may include heroin detoxification or formal inpatient treatment.

Heroin is a Schedule I Controlled opioid substance made from morphine, a natural substance extracted from the poppy plant. Opioids such as heroin act on the brain and central nervous system, producing feelings of euphoria by binding to pain receptors. Heroin can be a white or brown powder or a dark sticky substance known as black tar heroin.

Heroin is an illegal substance and is highly addictive. Common names for heroin include Big H, Horse, Hell dust, China white, and Smack.

According to the Centers for Disease Control and Prevention, “Between 2002 and 2013, the rate of heroin-related overdose deaths nearly quadrupled, and more than 8,200 people died in 2013.” An overdose occurs when someone takes too much of a substance, and it can happen by accident or on purpose. Regardless, heroin overdose is possible for anyone who uses the drug and may cause serious, harmful symptoms or even death.

Typically, male rates of heroin overdose are higher, but female overdoses are now on the rise. The American Society of Addiction Medicine (ASAM) reports that opioid addiction is driving the epidemic of drug overdose in the U.S., with “20,101 overdose deaths related to prescription pain relievers, and 12,990 overdose deaths related to heroin in 2015.”
Because heroin is often injected, use of heroin increases for users the risk of HIV, hepatitis C (HCV), and other injection-related illnesses.

Heroin overdoses tend to occur in front of at least one person: a friend, family member, or loved one. Call 911 immediately if someone is overdosing on heroin. Doing so could save their life.

People who use heroin report feeling a euphoric “high” or rush. Common short-term effects of heroin use include:

Prolonged heroin use may affect the user’s health and lifestyle adversely. People who use heroin long-term may experience:

Repeated intake and exposure of opioid drugs often results in dependence, and prolonged use leads to chronic changes in the brain that constitutes heroin addiction. Addiction occurs due to a compulsion or strong need to take the drug despite negative or life-threatening consequences.

The following are people who are most at risk for heroin addiction:

Detox, often the first stage of substance abuse treatment for those with severe addictions, is generally three to seven days in length, and may be used to manage the potentially dangerous effects of stopping drug use. Statistically, individuals who do not receive any treatment beyond detox tend to relapse.

After completing a medically-supervised detox program, patients may transition to inpatient treatment, which ranges from 30 to 90 days, or longer, depending on the individual, or to outpatient treatment, which meets less often and for fewer hours per week to help maintain recovery. A range of treatment options are available in most rehab programs according to individual need, including behavioral and holistic interventions.

To learn more about treatment for heroin abuse or addiction, contact OpioidTreatment.net.

Further Reading
Learn more about heroin abuse and how to seek help:
Heroin Abuse, Addiction And Treatment Options
Long-Term Effects Of Heroin Abuse And Addiction
Heroin Detection Times – How Long Does Heroin Stay In Your System?
The Dangers of Carfentanil-Laced Heroin
The Dangers Of Mixing Heroin And Cocaine (Speedball)
Buprenorphine (Suboxone) Treatment for Heroin and Opioid Addiction